Vyacheslav Cherkasov and Zhasulan Alzhanov began ten-day prison terms in Kazakhstan's Akmola Region on 6 October for offering passers-by on the street a book which a religious "expert analysis" controversially claimed contains "elements inciting religious hatred and discord", Forum 18 News Service has learnt. They were each also fined about four months' average wages. Forum 18 has been unable to find out if the book "Jesus: More than a Prophet" has been banned by a court. In February an Astana court banned as "extremist" a book at least partly written by Salafi Muslim Mohammed ibn Abdul-Wahhab. Such court hearings are unannounced, making it impossible to challenge them. Nor are such bans publicised. Jehovah's Witnesses have failed in all their legal challenges against bans on importing 14 of their publications. Despite official assertions that state-imposed bans are not based on theological assessments, Kazakh and Russian language booklets were banned because they "reject the fundamental teachings of Christianity".

Anatoly Stakhnev's 10-day prison term in July and Nikolai Novikov's five-day term in August bring to 14 the number of known short-term prisoners of conscience in 2014 jailed for refusing to pay earlier fines imposed in punishment for refusing to seek state permission to exercise the right to freedom of religion or belief, Forum 18 News Service notes. Husband and wife Vladimir and Regina Milintsov were fined two months' average wages each in late September for talking to passers-by on the street about their faith. When prisoners of conscience complained about such administrative penalties to Kazakhstan's presidentially-appointed Human Rights Ombudsperson, Askar Shakirov, his response was "to explain the norms of national legislation on religious activity and the necessity of observing them", he noted in his report for 2013. The government ignored a January request from five United Nations Special Rapporteurs to end punishments for "alleged illegal missionary activity", police raids on religious communities and bans on religious publications. 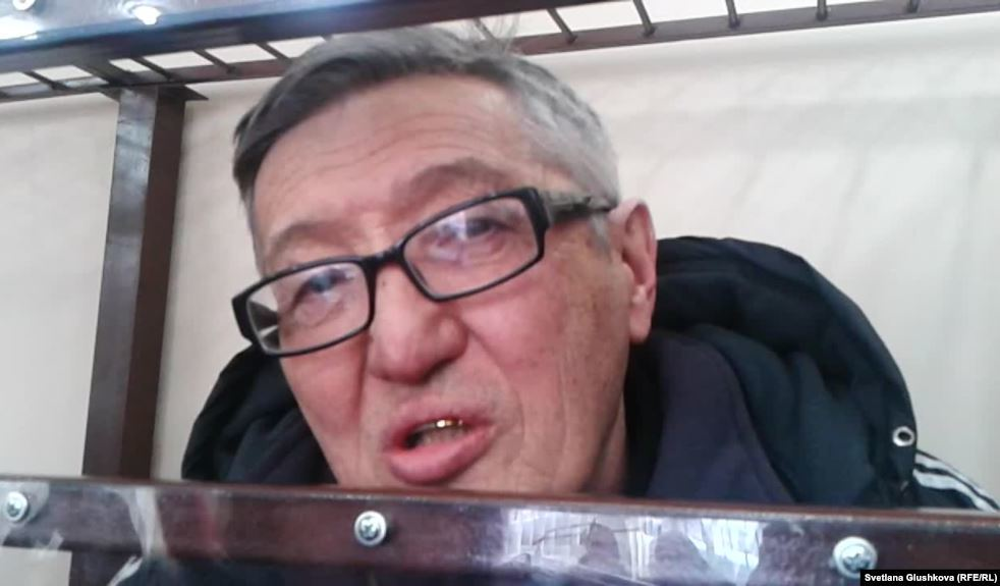 Two new five day prison sentences have been imposed in two separate administrative cases against a Muslim and a Baptist exercising their freedom of religion or belief, Forum 18 News Service has learned. This brings to 12 the number of individuals so far known to have been given such jail terms in 2014. These cases continue as President Nursultan Nazarbayev signed into law a new Code of Administrative Offences and Criminal Code, which mainly take effect on 1 January 2015. Human rights defender Yevgeni Zhovtis, of the Kazakhstan International Bureau for Human Rights and the Rule of Law, described the new Codes to Forum 18 as being "like a baton, to use as a threat against those the state does not like". The new Administrative Code mainly replicates the old Codes' punishments of people exercising their freedom of religion or belief but also introduces new police powers, and the new Criminal Implementation Code's restrictions on people in jail mirror restrictions on exercising this human right throughout Kazakhstan.

Retired Presbyterian Pastor Bakhytzhan Kashkumbayev and atheist writer Aleksandr Kharlamov – both in their sixties – are still being investigated on criminal charges, to punish them for exercising the right to freedom of religion or belief. Kashkumbayev – who has already been convicted in one criminal case – faces possible further punishment for allegedly harming a second church member's health. Kharlamov faces possible punishment for articles he wrote in defence of atheism. Meanwhile, President Nursultan Nazarbayev has signed into law Kazakhstan's new Criminal Code. Forum 18 News Service notes that a proposed possible broadening of the "crimes" people might be accused of for exercising the right to freedom of religion or belief is not in the final text. But the same "offences" seem likely to be in the new Code of Administrative Offences.

Larisa Lange, a teacher, and commercial bookseller Gulnar Sandibayeva have each been fined one month's average wages for exercising their right to freedom of religion and expression. Lange hosts meetings of a Baptist community in her home without state permission, while Sandibayeva had sold Islamic books in her shop without the compulsory state licence for selling religious materials. Kordai District Prosecutor Zhasulan Yelamanov refused to explain to Forum 18 News Service why his officials had brought the case against Lange. Zhilioi District Prosecutor Aslanbek Zholanov defended the prosecution against Sandibayeva. Asked why Kazakhstan imposes censorship on religious literature, Zholanov told Forum 18: "It's not censorship. But religious literature can only be sold in approved places." By contrast, Almaty-based Imam Yerkebulan Nukasov had an earlier fine of two months' average wages for leading an unregistered Muslim Board mosque overturned on appeal.

The leader of a Baptist congregation in Semei in East Kazakhstan Region, which chooses to meet for worship without state permission, began a ten-day prison term on 27 May. Viktor Kandyba had refused to pay a fine handed down in 2013 for leading the church. Prosecutor's Office official Bolzhan Botbayev, who brought both cases to court, struggled to explain why Kandyba has the right to gather friends to drink vodka or watch football on television but not to meet for worship. "The law says they must have registration before they are allowed to meet," he insisted to Forum 18. Kandyba is the tenth known Baptist to be given a short-term prison sentence in 2014 for refusing to pay fines for exercising the right to freedom of religion or belief. "I can't agree that these imprisonments are a violation of human rights," Rustam Kypshakbayev of the government's Ombudsperson's Office for Human Rights told Forum 18. Those who lead unregistered religious communities will face up to 60 days' imprisonment if the new Criminal Code now in the Senate is adopted in current form.

KAZAKHSTAN: "Not accused of extremism", but punished

Nauatbek Kalymbetov, head of Jambyl Region Police's Department for the Struggle against Extremism, personally questioned two Jehovah's Witnesses detained for talking to others about their faith on a Taraz street. His department sent a report to court when the two were fined two months' average wages each. Yet he repeatedly refused to explain why punishing two women for speaking to others about their faith was an issue for his Department. "I'm not accusing them of extremism, but they broke the law," Kalymbetov insisted to Forum 18 News Service. Dozens of administrative fines for exercising the right to freedom of religion or belief are known to have been issued across Kazakhstan in 2014 so far. A new Administrative Code now in the upper house of parliament would require deportation even for Kazakh citizens who conduct "missionary activity" without the required personal prior state permission. And religious communities which commit two "offences" within a year could be banned permanently.

Leaders of religious communities who fail to gain or choose not to seek state registration will face up to 60 days' imprisonment if the new Criminal Code now in the upper house of Kazakhstan's parliament is approved in the current form, Forum 18 News Service notes. Those who attend such communities could face up to 45 days' imprisonment. The new Administrative Code, now in the Senate, also appears likely to continue current administrative punishments for exercising the right to freedom of religion or belief. The new Criminal Implementation Code – also in the Senate – bans building places of worship in prisons. "Significant changes to these Codes are unlikely now at this late stage," one human rights defender lamented to Forum 18. Asked why provisions of these Codes restrict individuals' rights to freedom of religion or belief, Telegen Dertayev, a consultant on the Senate's Legal Committee, insisted to Forum 18 that "we have religious freedom".

Imprisoned for six days over Easter was Council of Churches Baptist Denis Yenenko. He refused to pay a fine in 2013 imposed to punish him for leading worship without the compulsory state permission. His family only learned of his imprisonment when police called, relatives told Forum 18 News Service. "He wasn't fined for praying to God," a Prosecutor's Office official claimed to Forum 18. "He committed an offence and made no attempt to pay the fine." Yenenko is the ninth known Council of Churches Baptist to be given a short prison term in 2014 so far. Jehovah's Witness Yuri Toporov, a Russian citizen married to a Kazakh citizen, has lost his appeal against a fine and deportation to punish him for addressing his own religious community without state registration as a "missionary". UN Special Rapporteur on Freedom of Religion or Belief Heiner Bielefeldt has strongly criticised such raids and punishments, and the ban on exercising freedom of religion or belief without state permission.

Before the 2014 UN Universal Periodic Review (UPR) of Kazakhstan, and the 26 March – 6 April visit of UN Special Rapporteur on Freedom of Religion or Belief Professor Heiner Bielefeldt, Forum 18 News Service's religious freedom survey notes continuing violations of freedom of religion or belief and related human rights. Violations include: making the exercise of human rights conditional upon state permission; systematically increasing the range of possible "offences" people can be punished for if they exercise freedom of religion or belief and related human rights; officials routinely violating the rule of law with impunity; closing down independent mosques, and continuing to seek to close other smaller religious communities; censorship of religious literature and objects, including severe limitations on the numbers of premises where such literature and objects can be distributed; the misuse of psychiatry against people the authorities dislike; and exit bans and jailings imposed on those refusing to pay fines for exercising freedom of religion or belief without state permission. 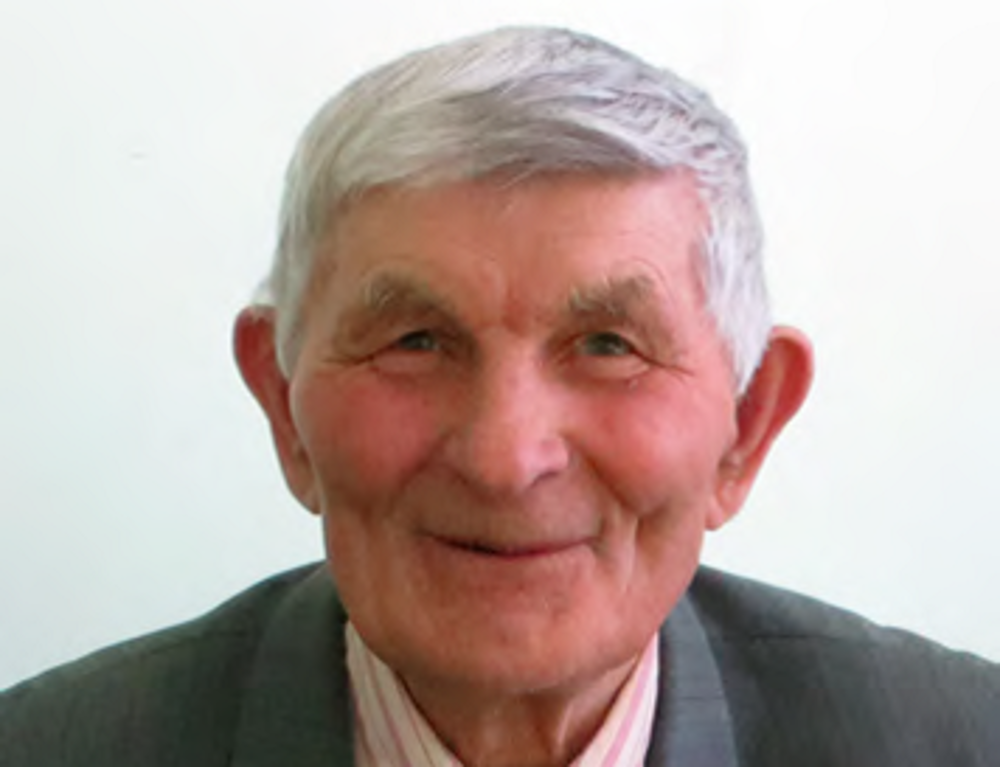 Yegor Prokopenko – a religious prisoner of conscience in the 1970s and 1980s – has again been fined for exercising the right to freedom of religion or belief. Now aged 87 and three months, Forum 18 News Service believes him to be the oldest victim of Kazakhstan's policy of fining those who conduct religious activity without state permission. Two five-day prison terms were handed down in March on those refusing to pay fines imposed for exercising religious freedom. In the first 10 weeks of 2014, nearly 50 administrative fines (one or two months' average wages) are known to have been handed down. In this period, seven individuals were imprisoned for between one and 10 days for refusing to pay earlier fines.

Retired Presbyterian Pastor Bakhytzhan Kashkumbayev was this afternoon (17 February) given a four-year suspended prison term in Kazakhstan's capital Astana. He was convicted of harming the health of a church member, even though that church member has repeatedly insisted to state authorities that her health was not harmed. He also has to pay the representative of his alleged "victim" large "moral damages" of 2 Million Tenge (about 65,800 Norwegian Kroner, 7,900 Euros or 10,800 US Dollars). "In my experience as a lawyer, this is one of the strangest cases I have seen in terms of legality", Pastor Kashkumbayev's lawyer Nurlan Beysekeyev told Forum 18 News Service after the verdict was handed down orally. "It was not just strange, but from the standpoint of the law, all types of violations occurred, when the case was opened, when it was being investigated and during the trial." Kashkumbayev will appeal against the verdict. Other violations of freedom of religion or belief continue, including ongoing raids on meetings for worship without state permission.