"If we pray according to the calendar we believe is correct, they'll arrest us," one Muslim tells Forum 18 about the Shia-oriented unified calendar the state imposes on all Muslims. Azerbaijan's Georgian Orthodox – after nearly a year – should soon have a resident priest again. 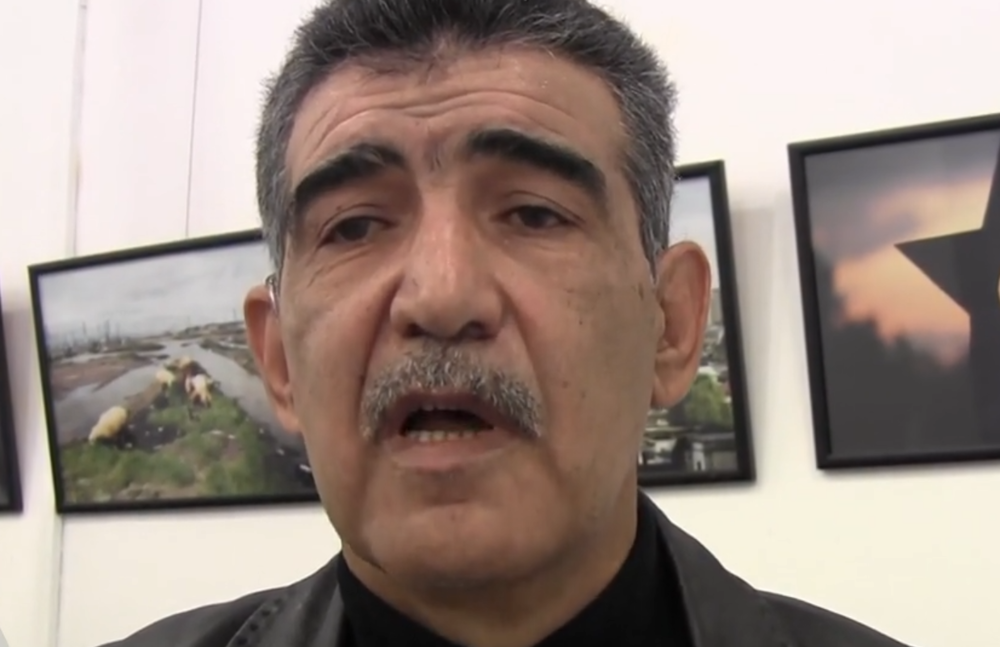 AZERBAIJAN: Shia Muslim prisoner – one of many – reported close to death

Inqilab Ehadli, one of the dozens of Shia Muslims imprisoned as an alleged supporter of the Muslim Unity Movement, is believed to be close to death in prison hospital in the capital Baku, human rights defender Elshan Hasanov told Forum 18 News Service. Ehadli, who is 58, was already in poor health when arrested in January and transferred to the secret police Investigation Prison. "In his home town of Salyan he had authority. Young people came to him with questions about their faith and Islamic law, even members of the clergy," Hasanov noted. At least 68 supporters of the Movement have been arrested since an armed assault by security forces on the village of Nardaran in November 2015, including its leader Taleh Bagirov and mosque prayer leader Nuhbala Rahimov. Meanwhile, two female Jehovah's Witnesses – freed after 50 weeks' imprisonment, mostly by the secret police - have failed to overturn their criminal convictions on appeal. The United Nations Working Group on Arbitrary Detention found in December 2015 that the two were being punished for exercising their right to freedom of religion or belief and called for them freed and compensated. The Working Group is due to visit Azerbaijan in mid-May. 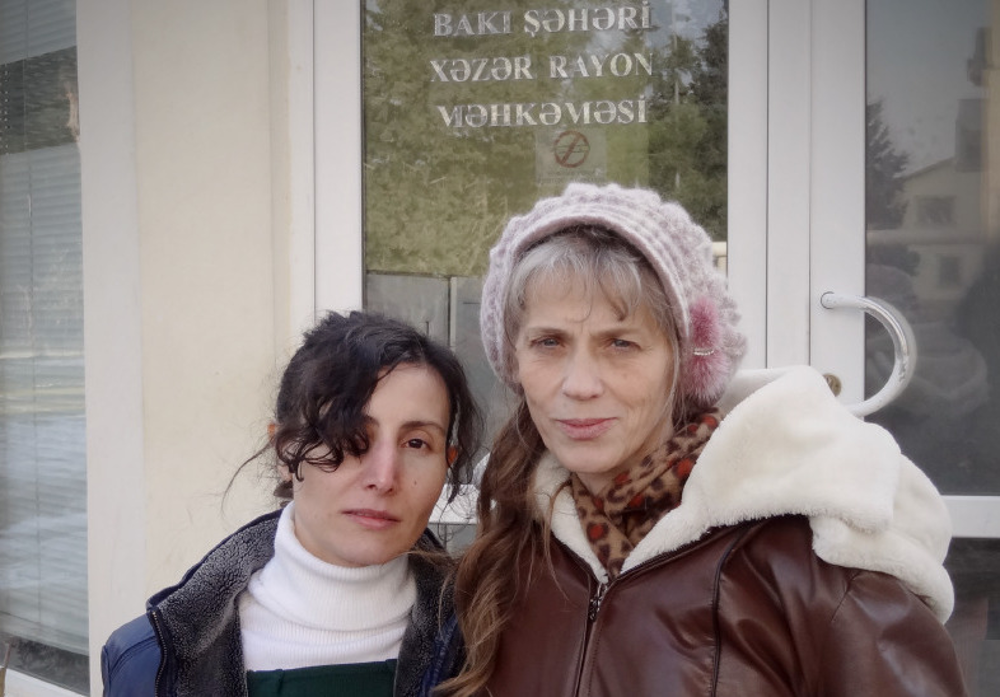 AZERBAIJAN: Convicted and freed, but no compensation for 50 week imprisonment

Two female Jehovah's Witnesses, Irina Zakharchenko and Valida Jabrayilova, were convicted yesterday (28 January) of offering one religious booklet without the compulsory state permission needed in Azerbaijan to distribute religious literature. Judge Akram Qahramanov of Baku's Pirallahi District Court gave each a large fine, but waived the fines as they had spent nearly a year in prison, a court official told Forum 18 News Service. The two were freed in the courtroom. "The decision completely disregards a United Nations [Working Group on Arbitrary Detention] ruling that directed Azerbaijan to compensate the women for their unjust imprisonment," Jehovah's Witnesses complained to Forum 18. The court official said Judge Qahramanov was hearing another case, and she could not comment on why he had ignored the UN decision that the two women – far from being convicted of any crime – should be compensated. The secret police spokesperson claimed to Forum 18 the case was not within its competence, even though it had led the investigation and held the prisoners of conscience for nearly a year. Many other prisoners of conscience are still being held to punish them for exercising the right to freedom of religion or belief. 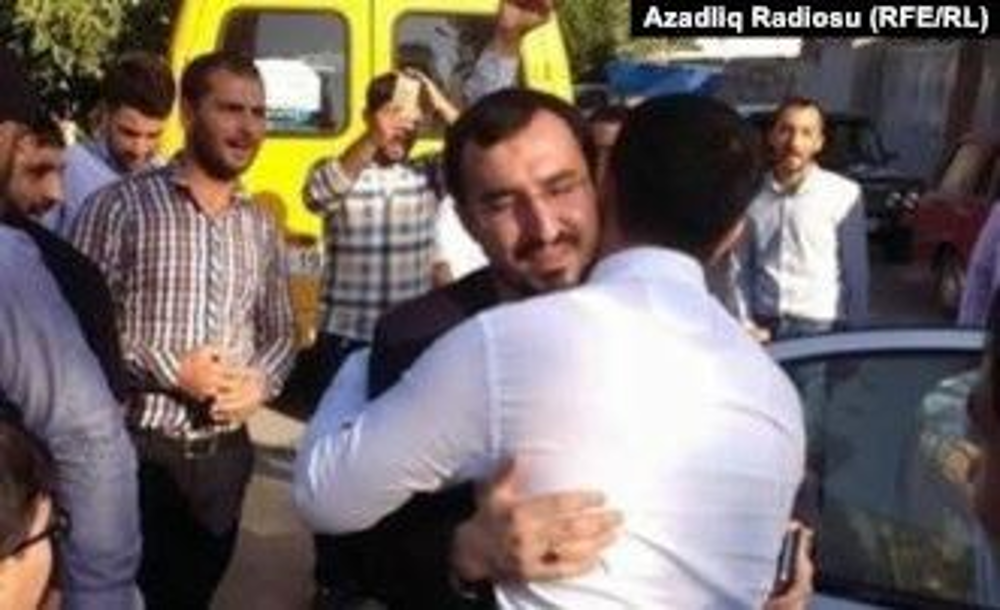 Shia Muslim theologian and prisoner of conscience Taleh Bagirov was subjected to "severe torture" and a broken nose while in detention at the Interior Ministry's Main Directorate for the Struggle with Organised Crime in December 2015. No official at the Main Directorate would explain why Bagirov was tortured, what punishment those responsible will face or how such torture can be prevented. "No-one here gives information," the duty officer told Forum 18 News Service. Rashid Rumzada, head of Azerbaijan's National Preventive Mechanism which is supposed to help prevent torture, told Forum 18 that confidentiality meant he could not discuss individual cases. Shia Muslim cleric Nuhbala Rahimov is in four months' pre-trial detention facing possible criminal trial. The criminal trial of two female Jehovah's Witnesses – one of whom is very ill - is due to resume in a Baku court tomorrow (28 January). And the appeal by five Sunni Muslims against long prison terms is due to resume at Baku Appeal Court on 2 February. 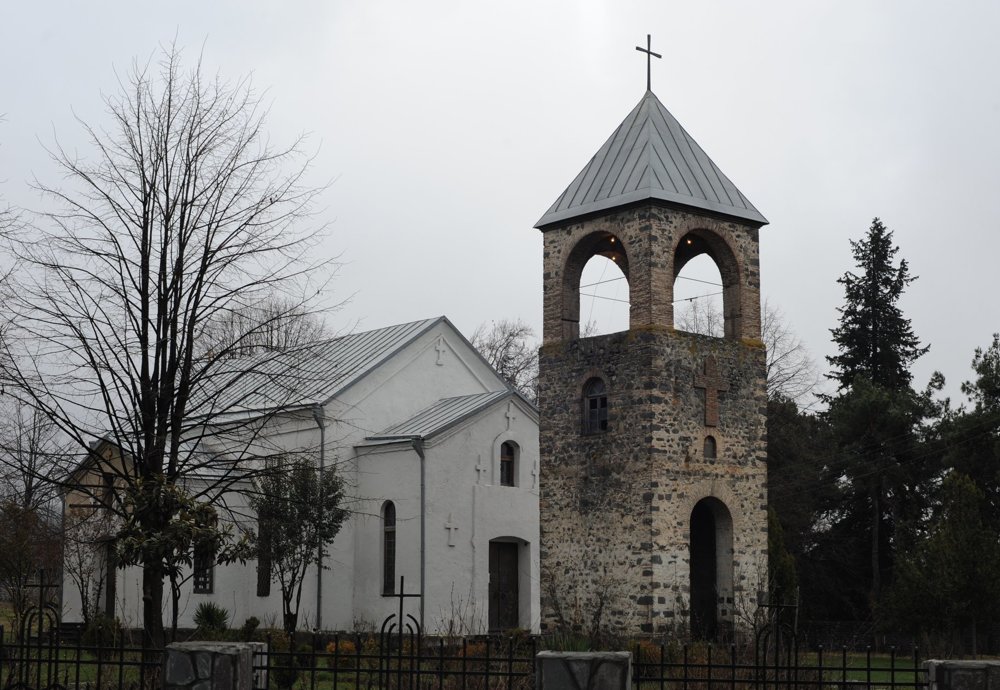 Four mosques in the village of Nardaran near Azerbaijan's capital Baku remain closed as the authorities work to bring them under state control. They can resume worship only if they submit to the state-backed Muslim Board and get registration with the State Committee for Work with Religious Organisations. They were forcibly closed immediately after the November 2015 armed assault on the village to suppress the Muslim Unity Movement and arrest its leader Taleh Bagirov. The imam of Nardaran's closed Rahima Hanum Mosque is also among those in pre-trial imprisonment. Meanwhile, parishioners of the two Georgian Orthodox parishes which the government allows to exist remain without a priest, seven months after their previous priest was denied re-entry to Azerbaijan. "There is no news for us to be joyful about," a Georgian diplomat familiar with the negotiations told Forum 18 News Service. The State Committee has yet to allow Georgian citizen Fr Petre Khumarashvili to begin serving in Azerbaijan. The regional State Committee representative repeatedly refused to give Forum 18 any date for permission to be given or explain why it has been withheld so far.

The UN Working Group on Arbitrary Detention has found that two female Jehovah's Witness prisoners of conscience on trial in Azerbaijan, Irina Zakharchenko and Valida Jabrayilova, are being punished for exercising freedom of religion or belief and called for them to be freed and compensated, Forum 18 News Service has learned. The Working Group also condemned the use of conscientious objection to military service as an excuse to detain the two women. A Judge has prevented the Working Group's opinion being attached to the case file, but lawyers are calling for the court to act on the Working Group's opinion. The secret police cell where one was held for 10 months has been described by her as a "cage" with no privacy, where the smell of sewage was "suffocating". Jehovah's Witnesses are concerned for the women's health as their detention "has damaged their health", stating that "the pointless delay in proceedings amount to further mistreatment." The trial is due to resume at 12 noon on 28 January.

AZERBAIJAN: No Christmas meetings for worship for Georgian Orthodox?

Azerbaijan is still denying entry to Georgian Orthodox priests, denying the Church's only two parishes allowed to exist in the country (in the north-western Gakh Region) the possibility of celebrating the liturgy. "I still don't know who will lead the Christmas liturgy there," Bishop Demetre Kapanadze told Forum 18 News Service. "I hope this will be resolved by then." Also, after nearly 10 months' secret police imprisonment, the criminal trial of two Jehovah's Witness prisoners of conscience - Irina Zakharchenko (who is 80 per cent disabled) and Valida Jabrayilova - has begun. Azerbaijan has ignored an urgent request from the UN Human Rights Committee for Zakharchenko to be moved to a hospital or house arrest. "As a result of 10 months of detention, Irina is suffering from the effects of malnourishment, extreme sleep deprivation and severe psychological pressure," Jehovah's Witnesses noted. And following the arrest during a violent raid on Nardaran of 14 Shia Muslim prisoners of conscience, the authorities have forcibly closed mosques and obstructed the holding of religious events in the village. Officials have refused to answer Forum 18's questions about Azerbaijan's violations of the freedom of religion or belief of Georgian Orthodox Christians, Jehovah's Witnesses and Muslims. 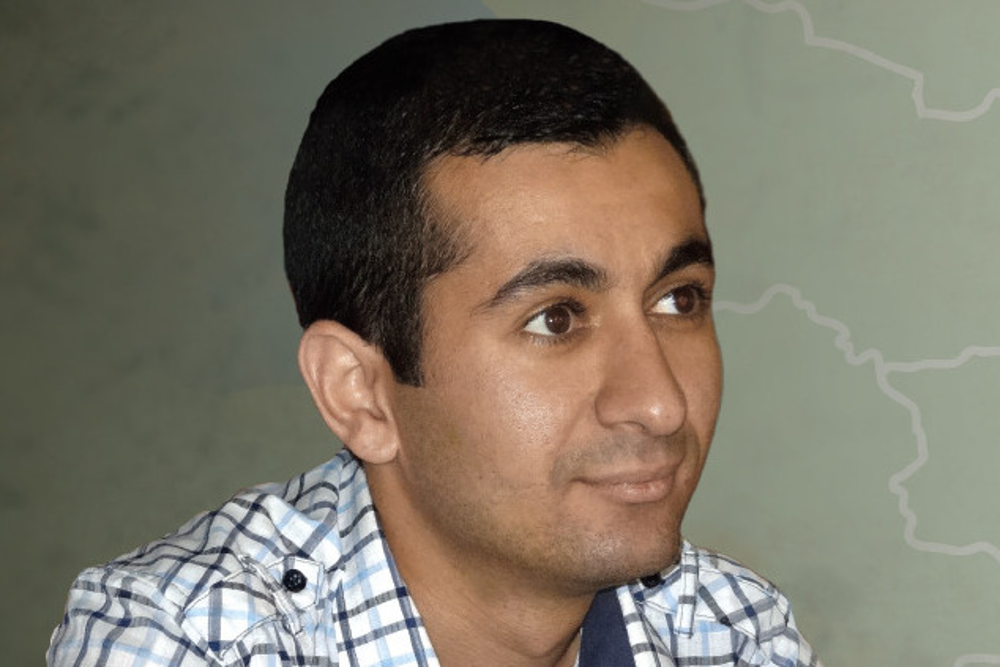 Prisoner of conscience Rashad Niftaliyev was released from prison in Azerbaijan's second city Gyanja on the evening of 14 December, after completing a 25-day sentence for not paying large fines imposed to punish him for taking part in religious meetings. "Although he thinks the fines are unjust, Rashad has been paying in small instalments according to his limited means," Jehovah's Witnesses told Forum 18 News Service. Another Jehovah's Witness short-term prisoner of conscience, 50-year-old Irada Huseynova, was freed on 3 December after being jailed for three days for taking part in a religious meeting. Both had previously been jailed as prisoners of conscience. On 5 December, 10 days after a police assault on Muslims worshipping in Nardaran, President Ilham Aliyev signed into law rushed legal changes to the Religion Law, the Criminal Code, the Administrative Code and the Citizenship Law – as well as a new "Countering Religious Extremism" Law. They further restrict the right to freedom of religion or belief.

The preliminary hearing in the criminal trial of Jehovah's Witnesses Irina Zakharchenko and Valida Jabrayilova is due tomorrow (10 December) under Judge Akbar Qahramanov at Baku's Pirallahi District Court, court officials told Forum 18 News Service. The secret police imprisoned the two women in February for offering religious literature to others without state permission and they face between two and five years' imprisonment each if convicted. The United Nations has asked Azerbaijan for Zakharchenko – who is in deteriorating health – to be immediately transferred from custody to house arrest, Jehovah's Witnesses told Forum 18. The cases come amid a massive state crackdown on the Muslim Unity Movement, with its leader Imam Taleh Bagirov and dozens of other Shia Muslims under arrest facing criminal prosecution. Arrested on 7 December was Nuhbala Rahimov, imam of the Rahima Hanum shrine at Nardaran. New legal restrictions have been adopted.

Fourteen Muslim Unity Movement members – including leader former prisoner of conscience and recently tortured Imam Taleh Bagirov – were detained in Nardaran, near Azerbaijan's capital Baku, on 26 November as the authorities raided the village firing weapons freely during prayers. According to officials, at least seven people were killed - five men in the village and two police officers – with others in the village being wounded. The authorities have repeatedly promised to return the bodies of those killed to their families for burial, but have not yet done so. The 14 detained Shia Muslims are now in two-months' pre-trial detention and face criminal charges which carry a life sentence. Muslim Unity Movement members in at least three other places have also been arrested. Etibar Najafov, Chief Adviser on Multiculturalism, Ethnic and Religious Affairs in the Presidential Administration, told Forum 18 that "they've done wrong things – they violated established rules". But he struggled to explain what rules they had broken. Asked if the Muslim Unity Movement had killed or proposed killing anyone, he replied "No". Also, changes to the Religion Law (which have not been published) to further restrict freedom of religion or belief may reach the Milli Majlis on 4 December.

AZERBAIJAN: Conscientious objector (again) one of 20 current prisoners of conscience

Kamran Shikhaliyev, a 20-year-old conscientious objector to compulsory military service, is serving a one-year sentence in a military disciplinary unit in Salyan Region south of Azerbaijan's capital Baku. He failed to overturn his conviction – the second on the same charges – at Baku Appeal Court on 12 November, court officials told Forum 18 News Service. He is one of 20 known prisoners of conscience punished by the Azerbaijani authorities for exercising the right to freedom of religion or belief. Of these, 17 have been convicted and are serving prison terms, while three are in pre-trial secret police imprisonment. One of the three, 55-year-old disabled widow Irina Zakharchenko, was transferred to hospital on 26 October. "The many months of imprisonment have taken a serious toll on her health," Jehovah's Witnesses told Forum 18.

Police in Azerbaijan's capital Baku detained and tortured Shia Muslim theologian and former prisoner of conscience Imam Taleh Bagirov, head of the Muslim Unity Movement, when he began to pray in the police station, Forum 18 News Service has learned. Two days later, police elsewhere in Baku imprisoned his deputy Elchin Qasimov (also known as Qasimli), imam of Hazrat Abbas Mosque, and a colleague. Eight Muslims who demonstrated outside the Baku police station where Qasimov was initially held were also arrested. A total of 10 prisoners of conscience, including Qasimov, were given prison terms of up to one month. The torture of Imam Bagirov was just a week before the 11 and 12 November consideration of Azerbaijan's record under the Convention against Torture and Other Cruel, Inhuman or Degrading Treatment or Punishment (CAT) at the UN Committee Against Torture. And the State Committee for Work with Religious Organisations is preparing Religion Law changes banning religious leaders without state approval from leading religious meetings for worship, as well as street religious ceremonies.