Twenty-seven people have recently been convicted or are currently serving sentences under the Extremism Law for exercising their freedom of religion and belief. Of these, 25 are Jehovah's Witnesses, and two are Muslims who met with others to study the works of the Turkish theologian Said Nursi. 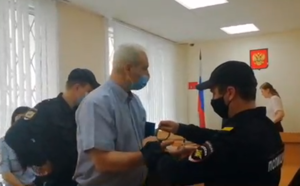 The most recent jailing was of 61-year-old Jehovah's Witness Gennady Shpakovsky. On 9 June, a court in Pskov in northern European Russia handed him a six and a half year prison term (see below).

A court today (23 June) ordered that jailed Jehovah's Witness Dennis Christensen's remaining sentence should be commuted to a fine of 400,000 Roubles. Held since his May 2017 arrest, he expects to be freed in ten days' time, unless the Prosecutor appeals (see below).

Jehovah's Witnesses who exercise their right to freedom of religion and belief by meeting for prayer, hymn singing, and Bible study stand accused of "continuing the activities" of the Jehovah's Witness Administrative Centre and its subsidiary local organisations. The Supreme Court ruled them "extremist" and ordered them liquidated in April 2017.

Muslims who exercise their right to freedom of religion and belief by meeting to study Nursi's writings stand accused of "continuing the activities" of "Nurdzhular", a "banned extremist organisation" which Muslims in Russia deny exists but which the Supreme Court banned in April 2008. Typically, such Muslims meet in private homes to study Islam, with one or more expounding on Nursi's works. They also pray, eat, and drink tea together, and do not seek state permission to meet.

Both Muslims and Jehovah's Witnesses have been tortured, but no officials accused in cases of torture of individuals detained for exercising freedom of religion or belief appear to have been arrested or put on criminal trial.

Russia also uses the same "extremism"-related punishments in Crimea, which it occupied in March 2014.

A Simferopol court jailed Muslim prisoner of conscience Renat Suleimanov for four years in January 2019 for meeting openly in mosques with three friends to discuss their faith. He was transferred to a labour camp in Russia's Kabardino-Balkariya Region to serve his sentence. The three other Muslims in the same case were given two and a half year suspended sentences, when they live under restrictions.

The 1949 Geneva Convention relative to the Protection of Civilian Persons in Time of War covers the rights of civilians in territories occupied by another state (described as "protected persons"). Article 76 includes the provision: "Protected persons accused of offences shall be detained in the occupied country, and if convicted they shall serve their sentences therein."

Most prosecutions within Russia's internationally recognised borders have been brought under Criminal Code Article 282.2, Part 1 (Organisation of") or Part 2 ("Participation in the activity of a social or religious association or other organisation in relation to which a court has adopted a decision legally in force on liquidation or ban on the activity in connection with the carrying out of extremist activity").

The most recent conviction under multiple Criminal Code Articles was Jehovah's Witness Gennady Shpakovsky, who received a six and a half year jail term on 9 June 2020. According to the written verdict, the aim of FSB surveillance was to document the fact that the organisation was continuing its activities, not to uncover "extremist" activity. Hymn singing, prayer, discussion of preaching skills, and the collection of donations were taken as evidence of continuing activities. It appears, therefore, that people accused do not have to engage in any activity which is itself considered "extremist" in order to be charged with allegedly "extremism"-related offences. The verdict indicates that charges may be brought if they do anything which was previously part of the activities of a now-prohibited organisation.

Muslim Yevgeny Lvovich Kim is also still in custody after being stripped of his Russian citizenship and left stateless as a result of his conviction, in June 2017, under Criminal Code Article 282.2, Part 1 and Criminal Code Article 282, Part 1 ("Actions directed at the incitement of hatred [nenavist] or enmity [vrazhda], as well as the humiliation of an individual or group of persons on the basis of sex, race, nationality, language, origin, attitude to religion, or social group").

On his release on 10 April 2019, after serving nearly 20 months of his sentence of three years and nine months, Kim was charged with violating migration law, fined, ordered deported to Uzbekistan (his birthplace, though he has never held Uzbek citizenship, and itself a serious violator of the right to freedom of religion and belief).

Prisoner of conscience Kim remains in a temporary detention centre for foreign nationals in Khabarovsk. 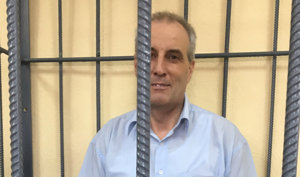 Valery Moskalenko in cage in court, Khabarovsk
Jehovah's Witnesses
Assigned labour may take the form of any job in any organisation, as determined by the correctional centre administering the sentence, usually taking into account an individual's age, gender, health, ability to work, and occupational speciality. The work is paid, but deductions of 5 to 20 per cent may be made from wages and handed to the relevant regional body of the prison service.

Should a convicted person abscond or break the rules, the sentence will be replaced by imprisonment for the same duration. Only one Jehovah's Witness – Valery Moskalenko – is known to have received an assigned labour sentence, and he was not required to serve it (see below).

So far, all Jehovah's Witnesses and Muslims who have received jail sentences have been sent to a general-regime labour camp ("correctional colony" - ispravitelnaya koloniya), These are invariably not in the regions where they lived, and often long distances from home.

Labour camps ("correctional colonies"), where the majority of Russian prisoners serve their terms, are classified as special-, strict-, general-, or open-regime. The general regime is reserved for first-time "serious" offenders (and those imprisoned for low- and medium-severity crimes if the open regime is considered unsuitable). Most prisoners must work during their sentences, often in textile and timber production. Most of their wages are paid to the prison service, not to those who do the work.

Most Jehovah's Witnesses and Muslims prosecuted for alleged "extremism"-related offences are added to the Federal Financial Monitoring Service (Rosfinmonitoring) "List of Terrorists and Extremists". Banks are obliged to freeze these people's accounts, only allowing small transactions up to 10,000 Roubles.

The majority of those who receive a jail sentence are subject to certain restrictions upon their release. These may include a night-time curfew, a ban leaving one's home town, and a requirement to report to probation authorities a certain number of times per month.

Under the Criminal Code, such restrictions may last for one to two years under Article 282.2, Part 1 and Part 1.1, and up to one year under Part 2.

Judges may also prohibit people from doing particular jobs or activities, such as a ban on attending public events, a ban on posting material on the internet, or a ban on leadership of and participation in the exercise of freedom of religion and belief. Such restrictions may also be applied to those who receive suspended sentences. 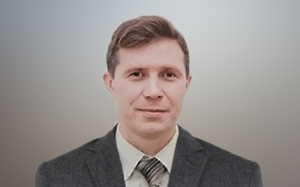 Nikolay Polevodov
Jehovah's Witnesses
Five Jehovah's Witnesses who appear on the list below are currently on trial for a second time for a more serious alleged offence. In February 2020, Stanislav Kim and Nikolay Polevodov were given suspended sentences under Criminal Code Article 282.2, Part 2 ("Participation in the activity of a social or religious association or other organisation in relation to which a court has adopted a decision legally in force on liquidation or ban on the activity in connection with the carrying out of extremist activity"). Both have also been charged under Criminal Code Article 282.2, Part 1 for "leading" such activities, and throughout their Part 2 trial, appeared alongside four other Jehovah's Witnesses at a different court in Khabarovsk, in proceedings which are still underway.

Six more Jehovah's Witnesses were convicted in Penza on 13 December 2019 under Criminal Code Article 282.2, Parts 1 and 2, but are now undergoing a retrial after an appeal court overturned the guilty verdict and sent their case back for re-examination. Proceedings in their second trial were halted on 14 May 2020 because of the coronavirus pandemic, and do not yet appear to have resumed.

Those named below do not include those convicted within Crimea, which is outside Russia's internationally-recognised borders.

Prisoner to be freed after remaining term turned to fine? 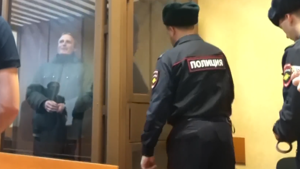 Dennis Christensen behind glass in Railway District Court, Oryol
Currenttime.tv
On 23 June 2020, a judge ruled that Dennis Ole Christensen, a Danish citizen who was the first Jehovah's Witness to be convicted and imprisoned for "continuing the activities of a banned extremist organisation", should be released early from his prison term. This is the first time a court has decided to change the remaining term of a Jehovah's Witness prisoner's sentence to a non-custodial punishment.

Judge Galina Petlitsa of Lgov District Court in Kursk Region decided that Christensen's remaining sentence should be commuted to a fine of 400,000 Roubles. If the prosecution does not appeal, the ruling will come into force in ten days' time, and Christensen should then be allowed to leave Labour Camp No. 3 in Lgov and return to his home in Oryol. He would be under no further restrictions.

Christensen was found guilty under Criminal Code Article 282.2, Part 1 on 6 February 2019 and sentenced to six years' imprisonment, of which he was due to serve about three years. He stood accused of "continuing the activities" of the local Jehovah's Witness registered religious organisation in Oryol, which had been declared "extremist" by a local court and liquidated in 2016, before the nationwide ban. He had previously applied for early release three times, but had been turned down during the application process.

List of those convicted on "extremism"-related charges for exercising freedom of religion or belief, by category of punishment (regional headings refer to where people were tried, not where they are imprisoned).

Full reports on freedom of thought, conscience and belief in Russia

A personal commentary by Alexander Verkhovsky, Director of the SOVA Center for Information and Analysis http://www.sova-center.ru, about the systemic problems of Russian anti-extremism legislation