Baptist Pastor Hamid Shabanov, from the town of Aliabad in the northern Zaqatala District, failed for the second time through the Constitutional Court in the capital Baku to overturn a fine handed down in December 2016 for hosting religious meetings without the compulsory state permission. The Court refused to consider his further appeal, the Court told Forum 18. 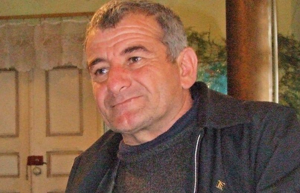 Hamid Shabanov, Aliabad, 2007
World Watch Monitor
Pastor Shabanov told Forum 18 he had received the Constitutional Court letter rejecting his further appeal and was consulting other Baptist church leaders over what further action to take over the raid and fine which he insists were "illegal" (see below).

Pastor Shabanov and another Baptist were each fined more than three months' average wages for those in formal work after the 2016 police raid on a worship meeting in the pastor's home. "I had to pay the fine," Pastor Shabanov told Forum 18 from Aliabad on 14 June. "The authorities won't allow our church to meet all together in one place" (see below).

The Aliabad Baptist church has been seeking registration in vain since 1994 and has faced repeated police raids and the jailing of two pastors, including Pastor Shabanov (see below).

The Aliabad Baptist church does not have the 50 adult members required in law since 2011 to apply for state permission to exist. This requirement bans all small religious communities from being allowed to exist and opens up any small communities that meet for worship to punishment.

At least two – and possibly all three – of the Muslims fined up to four months' average wages to punish them for holding a religious meeting in a home in the central town of Agsu have failed in their appeals (see below).

Four Jehovah's Witnesses from the north-western town of Mingachevir have failed in their appeal in a civil suit against an illegal 2016 police raid on a worship meeting. The Supreme Court in Baku rejected their appeal on 4 April. The four had been seeking redress for the police's illegal entry into the home of one of the four without a court order or search warrant, their "detention, verbal insults and humiliation", and seizure of personal literature. The home owner was also fined (see below).

Raids on people meeting for worship have been frequent in recent years. However, the authorities appear to have launched fewer such raids on worship meetings in 2019 so far, Forum 18 notes. Raids on individuals' homes and subsequent fines have continued.

Jehovah's Witnesses have lodged ten appeals to international bodies against the Azerbaijani government's earlier raids on meetings for worship. Four cases have been lodged to the European Court of Human Rights in Strasbourg, and six complaints to the United Nations Human Rights Committee. Muslim readers of the works of the late Turkish theologian Said Nursi also lodged a case to the European Court of Human Rights about a massive police raid on a Baku religious study meeting in 2015 and subsequent punishments.

Aliabad: The Church that cannot meet

Baptist Pastor Hamid Shabanov, from the town of Aliabad in the northern Zaqatala [Zakatala] District, failed for the second time through the Constitutional Court in the capital Baku to overturn a fine handed down in December 2016 for hosting religious meetings without the compulsory state permission.

The Aliabad Baptist Church has been seeking registration – in vain – since 1994. Former prisoner of conscience Pastor Shabanov was held in pre-trial detention from June to November 2008. In February 2009 he was given a two-year suspended sentence on charges he and his fellow-Baptists insisted were fabricated. He was arrested a month after another Aliabad Pastor, Zaur Balaev, was freed after nearly a year in prison on false charges.

The December 2016 fines on Pastor Shabanov and another church member Mehman Agamammadov followed a November 2016 raid by police and the local State Committee official on an "illegal" meeting for prayer in Pastor Shabanov's home. Police detained more than 30 adults and children present, after which 16 women and 10 men were questioned at the local police station until 10 pm at night. Police sent confiscated religious literature to the State Committee in Baku for alleged "expert analysis". The literature was all returned the following month.

Their Baptist church in Aliabad has been seeking registration – in vain – since 1994. Police and state officials have warned church members not to meet. "If we meet again for worship, we'll get double the fine," Pastor Shabanov told Forum 18 in February 2018 officials had warned them.

Pastor Shabanov says that the Church still cannot meet. "The authorities won't allow our church to meet all together in one place," he told Forum 18 on 14 June 2019. "They'll fine us again if we do so."

Ilqar Valiyev, the local official of the State Committee for Work with Religious Organisations in Zaqatala, refused to discuss anything with Forum 18 on 12 June. He insisted all enquiries should be directed to the State Committee in Baku and put the phone down.

The Aliabad Baptist church does not have enough members now to apply for registration and thus have state permission to exist and has been repeatedly punished and threatened since its foundation in the early 1990s.

In a 15-minute hearing on 12 December 2016, Zaqatala District Court found both Pastor Shabanov and Agamammadov guilty and fined them each the minimum fine, 1,500 Manats, more than three months' average wages for those in formal work. Both Baptists were punished under Administrative Code Article 515.0.2 ("Violating legislation on holding religious meetings, marches, and other religious ceremonies"). 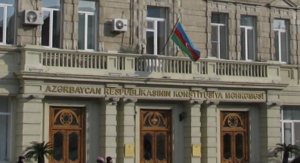 On 19 January 2018, Judge Kamran Shafiyev of Azerbaijan's Constitutional Court rejected Pastor Shabanov's constitutional complaint, writing to him on 31 January 2018 to tell him it would not be considering his further appeal against the December 2016 fine.

Pastor Shabanov then appealed to Azerbaijan's Supreme Court. However, on 28 August 2018, Judge Aziz Seyidov rejected his appeal, according to the decision seen by Forum 18. The Judge argued that, although the Administrative Code allows for appeals against decisions in administrative cases, no law has been enacted allowing for such appeals to be heard in the Supreme Court.

Pastor Shabanov then decided to appeal again to the Constitutional Court, where his appeal arrived on 24 April 2019.

However, on 6 May the Constitutional Court wrote to Pastor Shabanov refusing to consider the case again. "The administration of the Court told him it had already considered the case," a Constitutional Court official told Forum 18 on 14 June. "His second appeal was turned down and no hearing was needed."

The Court official stressed that under the law on the Constitutional Court, it can only consider appeals against Supreme Court decisions, not decisions by appeal courts.

Pastor Shabanov confirmed he had received the Constitutional Court's May letter and was consulting other Baptist church leaders over what further action to take. "The raid and fine were illegal," he insisted to Forum 18.

Two of the three Muslims fined up to four months' average wages to punish them for holding a religious meeting in a home in the central town of Agsu have failed in their appeals. Confusion surrounds whether the third also failed.

On 1 November 2018, Judge Mirbahaddin Huseynov heard the appeal by Qambar Zeynalov against his fine of four months' average wages for those in formal work for an "illegal" religious meeting. Court records state that the Judge changed the lower court decision, ruling that it was "not in line with the facts".

However, an assistant to Judge Huseynov told Forum 18 from Sheki Appeal Court on 14 June that the Judge had left the lower court decision in Zeynalov's case unchanged.

Officials of the State Committee for Work with Religious Organisations and the State Security Service (SSS) secret police raided Mammadov's home in Agsu on 17 September 2018. They claimed the three men were holding an "illegal" religious meeting. On 21 September 2018, Agsu District Court found all three Muslims guilty under Administrative Code Article 515.0.2 ("Violating legislation on holding religious meetings, marches, and other religious ceremonies"). The Judge fined Zeynalov the maximum 2,000 Manats. The other two men were fined 1,700 and 1,500 Manats.

On 4 April, Judge Tatyana Qoldman of the Supreme Court in Baku rejected the final appeal in a civil case brought by four Jehovah's Witnesses, Eldar Aliyev, Maryam Aliyeva, Elchin Bakirov and Bahruz Kerimov, against an illegal 2016 police raid on a worship meeting in the north-western town of Mingachevir, according to court records.

On 18 September 2018, a panel of three Judges led by Elchin Huseynov of Sheki Appeal Court rejected the first appeal in the civil case against Mingachevir Police brought by Aliyev, Aliyeva, Bakirov and Kerimov, according to the decision seen by Forum 18.

Police had raided a Jehovah's Witness meeting in Aliyev's home in Mingachevir on 9 January 2016. Mingachevir City Court then fined Aliyev 1,500 Manats in March 2016, and Sheki Appeal Court upheld the fine the following month.

The four lodged a civil suit to Mingachevir City Court, seeking redress for the police's illegal entry into Aliyev's home without a court order or search warrant, their "detention, verbal insults and humiliation", and seizure of personal literature. But the court rejected the suit on 25 May 2018. (END)