Mualim activist Tulkun Astanov and one other face criminal charges brought by the State Security Service (SSS) secret police. The secret police claim Astanov had "extremist" material in his mobile phones. Astanov was released late at night on 24 April, a day after a 15-day jail term expired. 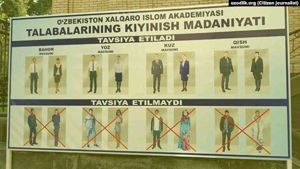 Dress code notice outside the International Islamic Academy, Tashkent, 2018
Ozodlik.org (citizen journalist)
A Tashkent court jailed Astanov on 8 April for 15 days for criticising Uzbekistan's lack of freedom of religion and belief. He was arrested and jailed the same day he met the state-controlled Spiritual Administration of Muslims, or Muftiate (see below).

At the 8 April meeting Astanov and one other had asked Deputy Chief Mufti Abdulaziz Mansur among other things why the hijab (Muslim head covering for women) is banned, why imams have to be appointed by the state and preach sermons prepared for them by the state, and why the Muftiate does not help Muslims when their freedom of religion and belief is violated.

Deputy Chief Mufti Mansur accused Astanov of being a "hooligan", and being disrespectful to the Muftiate's alleged "spiritual leadership". He was then arrested and jailed, one of the charges being "hooliganism" (see below).

Tulkun Astanov was on 8 April jailed for 15 days after criticising Uzbekistan's lack of freedom of religion and belief. He was arrested the same day he had a meeting with the state-controlled Spiritual Administration of Muslims, or Muftiate.

At the 8 April meeting at the administrative building of the Muftiate, Astanov and one other had asked Deputy Chief Mufti Abdulaziz Mansur why the hijab (Muslim head covering for women) is banned, why imams have to be appointed by the state and preach sermons prepared for them by the state, why licensing of halal food products does not exist, and why the Muftiate does not help Muslims when their freedom of religion and belief is violated.

Deputy Chief Mufti Mansur accused Astanov of "raising his voice in his office as a hooligan", and being disrespectful to the alleged "spiritual leadership" of the state-controlled Muftiate and state-appointed imams. The police arrested him on the same day after the meeting, and he was then jailed.

After his 15-day jail term expired, Astanov now faces criminal charges being brought by the State Security Service (SSS) secret police. Astanov was released late at night on 24 April, one day after the jail sentences expired.

This is not the first time Astanov has been jailed for raising freedom of religion and belief issues. In an attempt to stop public discussion of freedom of religion and belief issues, ordinary police and State Security Service (SSS) secret police officers between late August and early September 2018 raided without warrants the homes of at least 10 bloggers. The bloggers, including Astanov, had discussed a range of religious and other themes, including calls for women to be allowed to wear hijabs (headscarves), men to have beards, and children to be allowed to pray in mosques.

While in jail in 2018, Astanov had his beard forcibly shaved off, a relative told Forum 18 on 25 April 2019. He was also verbally warned not to use Facebook to criticise the regime. 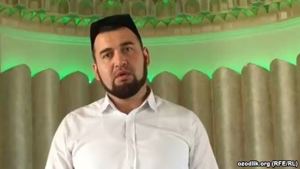 Fazliddin Parpiyev
Ozodlik.org (RFE/RL)
The raids took place in at least five regions of Uzbekistan. Courts then fined many of the bloggers with jail terms of up to two weeks, Forum 18 notes. The authorities "wanted to showcase the jailings to intimidate all others who want to speak about freedoms", a relative of one of the bloggers told Forum 18.

Following the raids, fines and short-term jailings, Imam Fazliddin Parpiyev protested about this and publicly himself also raised freedom of religion and belief issues. He was fired from his post, and the Muftiate, ordinary police and SSS secret police subjected him to questioning. Officials also intimidated his relatives. He then fled Uzbekistan "for my safety" in December 2018 after appealing to President Shavkat Mirziyoyev "as Muslims .. cannot have full freedom of religion and belief".

Muslims are in 2019 being put on watch lists for memorising the Koran for a state-run competition, and imams are rotated to stop them influencing congregations.

Following his 8 April visit to the Muftiate, Astanov published several videos of the meeting on Facebook, seen by Forum 18. But later the same day, Tashkent Police arrested him and published their own Facebook video, also seen by Forum 18, of the meeting with Deputy Chief Mufti Mansur where he accused Astanov of "raising their voices in his office as hooligans", and being disrespectful to the alleged "spiritual leadership" of the state-controlled Muftiate and state-appointed imams.

Deputy Chief Mufti Mansur on 16 April refused to answer Forum 18's questions on 16 April, twice picking up his phone but then putting it down when Forum 18 introduced itself.

Akmalkhan Shakirov, Head of the Muftiate's International Relations Department, on 16 April refused to answer when asked what is wrong with the questions Astanov raised, and why Mansur accused him of "hooliganism". Shakirov claimed that "you need to come to our door and show your identification documents for us to answer you", before refusing to talk more to Forum 18.

Tashkent's Almazar District Court on the same day as the Muftiate meeting and subsequent arrest imposed a 15-day jail term on Astanov and one other. They were jailed under Administrative Code Article 183 ("Hooliganism") and Article 194, Part 1 ("Failure to carry out the lawful demands of a police officer or other persons carrying out duties to guard public order").

Colonel Rustam Sayfulov, Chief of Staff of Tashkent Police, on 16 April refused to explain to Forum 18 why Astanov was arrested. "The Court has jailed him. You need to ask the Court," he claimed before putting the phone down.

Ilham Tokhirov, Chief of the Chancellery of Almazar District Court also refused to answer Forum 18's question on 16 April, referring Forum 18 to an official who refused to give his name and claimed to be Assistant of the Chair of the Court. "They can appeal against our decision if they decide to do so," the Assistant told Forum 18, but refused to comment on the short-term jailing. "You can send your questions to us only through the Supreme Court", he claimed when Forum 18 asked why Astanov was jailed for raising freedom of religion and belief issues and criticising the state-controlled Muftiate.

On 23 April, when his short-term jail sentence expired, state-controlled media stated that Astanov was then put into SSS secret police custody. The SSS opened a criminal case under Criminal Code Article 244-1, Part 1 "after Tashkent Police referred the case to them for legal evaluation". The SSS "discovered materials on their mobile phone of banned extremist organisations, which propagate ideas of religious dogmatism", state media claimed.

Criminal Code Article 244-1 punishes the "production, storage, distribution or display of materials containing a threat to public security and public order", Part 1 punishing "production and storage". In April 2016, Article 244-1's possible punishments were increased to imprisonment of between 5 and 8 years, instead of the previous up to 5 years' jail or a fine of between 300 and 400 times the minimum monthly wage. It is normally used only against Muslims exercising their freedom of religion and belief. Since 2013 the regime had increasingly used this Criminal Code article to prosecute and jail Muslims carrying the Koran and Islamic sermons on mobile phones.

Astanov was released late at night on 24 April, but has been warned that he will face further questioning.

Irina Sayfuddinova, Head of Tashkent Police Press Service, refused to tell Forum 18 on 24 April why Astanov was not immediately released at the end of his jail term, and why he now faces criminal charges.

Relatives not told where Astanov is jailed

Human rights defender Urlayeva told Forum 18 on 15 April that it is not clear where Astanov is held. Tashkent Police refused to tell Astanov's wife where he was held, and Tashkent Central Detention Centre (where short-term jail terms are usually served) told her that he was not there. Urlayeva suspects that "Astanov was being held in secret police custody right from the beginning". (END) 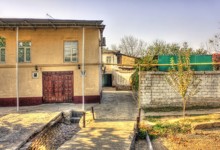 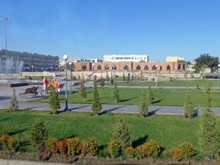