The appeal of five Sunni Muslims against their 12-year jail terms is due to be heard at Turkmenistan's Supreme Court in the capital Ashgabad tomorrow (11 July), Balkan Regional Court officials told Forum 18. The men were sentenced in Balkan Region of western Turkmenistan in August 2017 to punish them for meeting with others to study their faith. 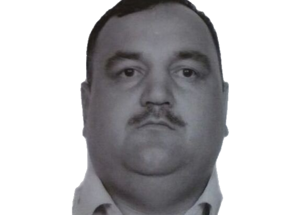 Myratdurdy Shamyradow
Private
Four of the five are being held in the isolated top-security Ovadan-Depe Prison in the Karakum Desert 70 kms (45 miles) north of the capital Ashgabad [Ashgabat]. Other prisoners in Ovadan Depe are known to have been tortured, and some have died from maltreatment or neglect. Relatives of other prisoners held there often have no information as to whether they are still alive (see Forum 18's Turkmenistan religious freedom survey http://www.forum18.org/Archive.php?article_id=2244 and below).

The five men – now aged between 37 and 58 - were punished for meeting to study the works of the late Turkish Muslim theologian Said Nursi, particularly his collection "Risale-i Nur" (Messages of Light), according to the verdict seen by Forum 18 (see below).

Typically, such Muslims meet in homes to study Islam, with one or more expounding on Nursi's works. They also pray, eat, and drink tea together. The authorities in various states of the region accuse them of being members of an "extremist" group named "Nurjylar" (from the Turkish "Nurcular", meaning "Nursi followers"). Such Muslims deny any such group exists.

"As far as is known, this is the first trial of a community of readers of 'Risale-i Nur' in Turkmenistan," Vitaly Ponomarev of the Moscow-based human rights group Memorial, who has followed the case, noted on 9 July.

At least some of the four men in Ovadan-Depe Prison are thought to have been among prisoners there allowed to receive a rare visit from relatives on 28 June, Ponomarev added (see below).

The address of Ovadan-Depe Prison is:

The state Prosecutor accused the men of "criminal activity as adherents of the ideology of the Nurjylar religious sect, having created an organised criminal group and participating in the activity of the afore-mentioned criminal structures with the aim of inciting ethnic, religious or other social hatred", according to the verdict.

The Prosecutor accused the men of meeting in groups, including a mid-November 2015 meeting at Mammetdurdyyew's home in Balkanabad. He claimed they "actively spread the Nurjylar sect's ideology", recruited new members and "used printed publications of this sect". He claimed this led to "differences of view, religious hatred and conflicts between individuals".

The Prosecutor claimed that Hojambetow moved from his home town of Koneurgench to Balkanabad in January 2017. He used his rented flat in Balkanabad as an "educational centre, as well as to hold propagandistic events".

Other Muslims have also been arrested and jailed for meeting to study their faith and pray, including more than 100 Muslims in and around the eastern city of Turkmenabad. They had participated in an informal Sunni Muslim study group led by Bahram Saparov. Saparov and 19 others were arrested in March 2013 and sentenced to long prison terms in May 2013, and it is unclear whether he and others are still alive (see F18News 26 September 2016 http://www.forum18.org/archive.php?article_id=2218). Further large groups of Muslims were sentenced at subsequent closed trials. Most or all of these prisoners of conscience are thought to be held in Ovadan-Depe Prison, with relatives not knowing if they are still alive. Some have died because of torture or other reasons (see F18News 23 January 2017 http://www.forum18.org/archive.php?article_id=2249 and below).

On 15 August 2017 a panel of three judges at Balkan Regional Court in the regional capital Balkanabad, chaired by Judge Ogulbayram Bayramowa, sentenced the five Muslim men who met to pray and study the works of the Said Nursi. All five Muslims received a 12-year jail term in strict regime labour camps, according to the verdict seen by Forum 18.

The verdict claims that the trial was open and that none of the five men had a criminal record already. Saparmammed Saparmammedow of Balkan Regional Prosecutor's Office led the prosecution case. Ogultach Atayewa was the lawyer who defended the five Muslim men.

The five Muslims jailed were:

Criminal Code Article 177, Part 3 punishes "Incitement of social, ethnic or religious hatred with the use or threat of physical violence , or conducted by an organised group" with prison terms of between three and eight years.

Criminal Code Article 275, Part 2 punishes "Participation in the activity of criminal structures" with prison terms of between five and 12 years with confiscation of property.

Criminal Code Article 275.1, Part 2 punishes "Storage or distribution of property of criminal structures and planning the financing of them" with prison terms of between five and 10 years with confiscation of property.

In addition to the 12-year strict regime prison terms, Balkan Regional Court ordered that religious books and materials seized from four of the men and another man should be handed "without compensation" to Balkan Regional Religious Affairs Department. Memory chips seized from two of the men were ordered destroyed. Turkmenistan imposes strict censorship of religious texts and other material (see Forum 18's Turkmenistan religious freedom survey http://www.forum18.org/Archive.php?article_id=2244). Mobile phones and 4,495 Manats in cash were also ordered to be confiscated "for the benefit of the state".

Although the sentences were read out in court on 15 August 2017, the written verdict was not handed to the defendants for some time. The five men then lodged appeals. As the cases were initially heard by a Regional Court, the appeals were sent to the Supreme Court in Ashgabad.

The appeals are due to be heard at the Supreme Court on 11 July 2018, officials at Balkan Regional Court told Forum 18 on 9 July.

The woman who answered the phone of Judge Bayramowa on 9 July told Forum 18 it was a wrong number.

Why the transfer to Ovadan-Depe?

Despite the verdict that states that the five men are to serve their terms at a strict regime labour camp, four of the five men were transferred to the much harsher Ovadan-Depe prison, Ponomarev of Memorial human rights group noted.

The fifth prisoner – apparently a former police officer or other official – was sent to serve his sentence at the special labour camp for former law-enforcement officials at Akdash near Turkmenbashi (formerly Krasnovodsk) in Balkan Region (BL-K/4).

Forum 18 has been unable to establish which four prisoners of conscience were sent to Ovadan-Depe and which one to Akdash.

Torture, deaths of prisoners of conscience

Most or all of the more than 100 Muslim prisoners of conscience from in and around Turkmenabad are thought to be held in Ovadan-Depe Prison, with little information as to their conditions, or even as to whether they are still alive. At least three of these prisoners of conscience have died in Ovadan-Depe prison of illness, starvation, neglect, or torture. Lukman Yaylanov died in summer 2016, possibly as a result of torture, and Narkuly Baltayev several months later. Aziz Gafurov died in summer 2017. Gafurov's thin body was covered in bruises when returned to relatives (see F18News 27 September 2017 http://www.forum18.org/archive.php?article_id=2318).

Only one of the imprisoned participants in Saparov's Muslim study group is known to have been freed. Ahmet Mirzayev was released in late 2017 after completing his full five-year sentence.

Another Muslim prisoner, Annamurad Atdaev, was punished with a 15-year strict regime prison term after returning to Turkmenistan to renew his passport from Egypt, where he was studying Islam at Al-Azhar University (see F18News 27 September 2017 http://www.forum18.org/archive.php?article_id=2318).

The authorities have refused to say in which prison Atdaev is being held. Successive Turkmen government responses to the United Nations Working Group on Enforced or Involuntary Disappearances – most recently in June 2018 – have failed to give his whereabouts, Ponomarev of Memorial noted.

Atdaev's Russian wife Darya applied to the Turkmen consulate in Moscow in April for a visa to visit Turkmenistan. Officials told her any decision would be taken in Ashgabad. She has heard nothing more, Ponomarev added.

Jehovah's Witnesses have also been jailed for exercising freedom of religion or belief. Prisoner of conscience Bahram Hemdemov was arrested during a March 2015 raid on his home, after which he was tortured. He is serving a four year prison term from 19 May 2015 on charges of allegedly inciting religious hatred, which he strongly denies, but his real "crime" seems to have been hosting a meeting for worship (see F18News 5 April 2016 http://www.forum18.org/archive.php?article_id=2164).

More than 30 relatives of prisoners accused of "Islamic extremism" were brought by bus from Ashgabad to the isolated Ovadan-Depe prison on 28 June to meet their jailed relatives, Ponomarev of Memorial noted. They were able to talk to them for about 40 minutes through a window. This was the first such meeting between prisoners and relatives since they were jailed.

One wife – who had not even known where her jailed husband had been held for the previous 10 months - noted that he had become very thin. Officials told her that she would be allowed a further meeting in two months' time.

Among the prisoners able to meet relatives were at least some of the four of the Muslims sentenced to punish them for meeting to study Nursi's works, Ponomarev added. (END)

Teachers and police intimidate Jehovah's Witness children in schools, including for refusing to wear the national flag. Muslims and Jehovah's Witnesses have been sacked from state jobs. A student was expelled from university. This year had the smallest government-sponsored haj pilgrimage group since 2009.